In eighth grade, I attended a bizzare workshop that combined memory techniques, psychological tricks and cultish self-affirmation chantings into a neat little package spread across three hours in four days. It led to the first time I discovered that my mind didn’t work as it was supposed to (also led to suspicions of being a replicant, but that’s for another time).

The workshop began innocuously enough. We were taught a better way to multiply numbers ending in 5 or 0, breathing exercises, and how to tell which day of the week it was from any given AD date. Half of the people around me were middle-aged men, businessmen, taking action to resolve their midlife crisis; they were thrilled with these party tricks.

Then came a section that took a little more time, much more effort. It was a memory technique, and the trainer promised that after two days, if we put in the effort, we would be able to memorize at least a 100 different things, in order, within 10 minutes of preparation. Now this, finally, seemed useful to me. No more grappling with subject matter concepts that I would not use for the rest of my life, no sir, I would just use this one cool trick teachers didn’t want us to know before any exams and get good grades, and get my parents off my back.

The trainer gave us a paper with numbers one to hundred and wanted us to list the people closest to us in sequence. I was thirteen, so after about twenty or so names, I just started filling in the name of classmates. Next, the trainer wanted us to visualize the faces of these people, and the final step would be to associate things we wanted to memorize with these faces. 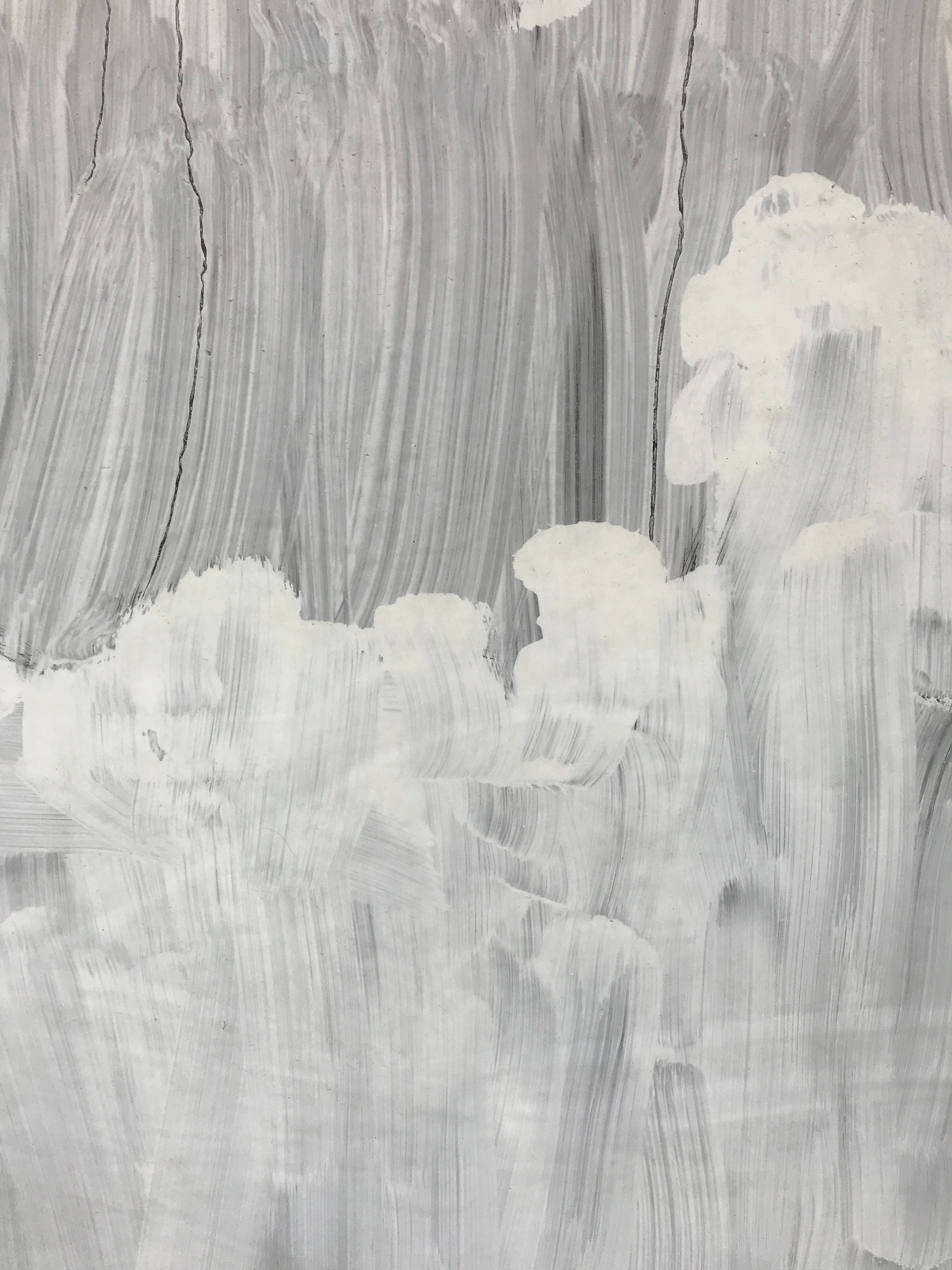 Try as I might, I could not visualize a single face from my list. Oh, I would recognize anyone if I saw them, I simply could not form a mental portrait. I thought I wasn’t trying hard enough, so I scrunched my eyes up and concentrated. Nope. Nothing was working.

The next day, before the workshop began, I approached the trainer and explained my problem. He suspended his disbelief and suggested maybe trying out only the first ten faces instead. I nodded and walked to my seat. Throughout the whole visualization exercises, which lasted about two hours, I was sitting there, alone in a sea of freaks who could conjure up HD images in their heads. Oh, wait, I was the freak. The trainer was astonished when I reported not even being able to see the faces of my own parents in my mind. He might have suspected me of being a psychopath too.

Years later, in 2018, I stumbled upon a term on the Internet. ‘Aphantasia’ doesn’t sound like a real word - rather an invention of magicians, by magicians, for magicians. It is actually a medical term to describe a neurological inability to create voluntary mental images. In simpler words, an aphantasiac does not have a fully-functioning “mind’s eye”. It also seems to be related to Severely Deficient Autobiographical Memory (SDAM) and about two percent of the people are estimated to have it (for perspective, the same number people in the world with green eyes or those who departed in The Leftovers).

I would recommend visiting the aphantasia network, subreddit or taking the Vividness of Visual Imagery Quiz if you suspect you have this condition.

For me, there are two faces of aphantasia - recalling and simulating. The first is the inability to re-experience the past in the first person. My memory of things that happened to me is an amalgamation of facts. I know some events I have lived through and their details, for instance this very workshop I was talking about, but I cannot recollect the experience firsthand. The other part is an inability to perform visual simulations. Which leads to my difficulties in constructing a memory palace from scratch.

A memory palace is a variant on the method of loci, popularized by Sherlock, Hannibal Lecter and The Mentalist - the workshop’s technique was a tad related. I too, was impressed by this brain hack or craft, if you will, and wanted to master it. Early attempts to visualize a small location did not work. Then I tried to conjure up longer scenes - say, the bus route I took to school - which was marginally better (which later turned out to be me simulating motion in my head).

Maybe I needed a little assistance with my imagination, I thought, and since I was playing Minecraft at the time, started building a fortress there which would serve as the blueprints for my mind palace. It was fun. The building part, I mean. But still ineffective. 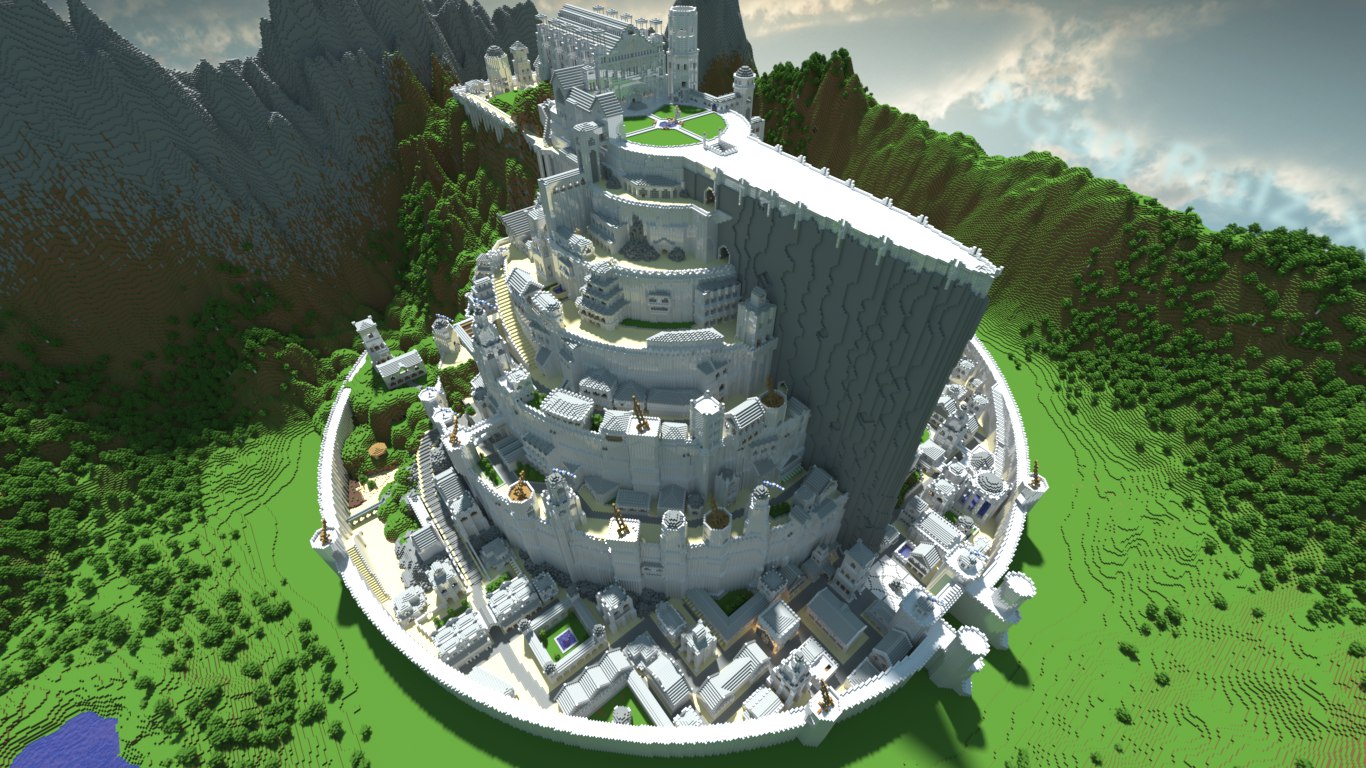 If Minas Tirith can be built in Minecraft, a simple memory palace should be easy, right? Render by u/Cornbass of EpicQuestz’s Minas Tirith build

After futilely trying for many months to use the method of loci, I realized that perhaps I simply was wired differently. I had naturally gravitated towards using simple mind maps and block diagrams to explain relationships between objects. So, I focused on what came instinctively to me instead. Now, if I really have to memorize things, I try to find patterns that emerge and the few anomalies that differ. I have an easier time grappling with abstract concepts than simple memorization. And that’s okay.

A lot of our education - especially in developing countries like Nepal - has been focused on convergent thinking. Getting the right answers. Thinking like the experts. Using predefined tools and techniques. This is not always useful. As we are starting to learn more about human behavior and psychology, an incredible variation in thought patterns is being uncovered. Some people don’t have an inner monologue. Some are visual thinkers, others are verbal. Some, like me, cannot visualize imagery. And that’s okay. That’s great, even. The world would be a dull place if everyone thought the same way, and diversity of thought also leads to diversity in perspectives and approaches.

If you, Reader, are someone who has a hard time fitting into the grooves of how one is supposed to think, that’s okay. Maybe your brain’s operating system is different. If you are around someone who seems to think differently, please be mindful - especially if you are a parent or teacher. Let’s not try to hammer people into molds, and let them grow into weird and wacky and interesting shapes instead.